Many lives changed drastically in the Milwaukee area when ten inches of rain fell in 30 hours in 1997, resulting in $53 million in damage. Another flash flood occurred in 1998, damaging more than 3,500 homes and destroying three.
Those events kicked flood reduction efforts into high gear in the region and despite monumental progress and $400 million invested to correct problems, significant work remains in 2017. More than 660 homes remain in the floodplain in the Kinnickinnic River Watershed alone.

1997 National Weather Service Flooding Report
“Interstate 43 in extreme northern Milwaukee county was closed from around 0500CST to 1900CST in the evening. At one point the water depth on the road was 12 feet! Firefighters in rescue boats, while kneeling, managed to touch the bottom of the County Line Road overpass on I-43! In Milwaukee, a sewer line collapsed in front of the Harley Davidson Motorcycle plant, resulting in a sinkhole 30 feet deep and 60 feet wide.”
“The Milwaukee Brewers baseball game scheduled for the evening hours was canceled due to water flooding the playing field to a depth of 2 to 3 feet. The last time this happened was in 1986. A portion of a bluff collapsed in Juneau Park along the Lake Michigan shoreline after soils became saturated. For the first time in memory, Brown Deer and Green Bay roads in the city of Brown Deer flooded, and fish were observed to be swimming on these roads!”

The Milwaukee Metropolitan Sewerage District (MMSD) has a long list of flood management projects that are completed, under design or in the planning stages. READ MORE. 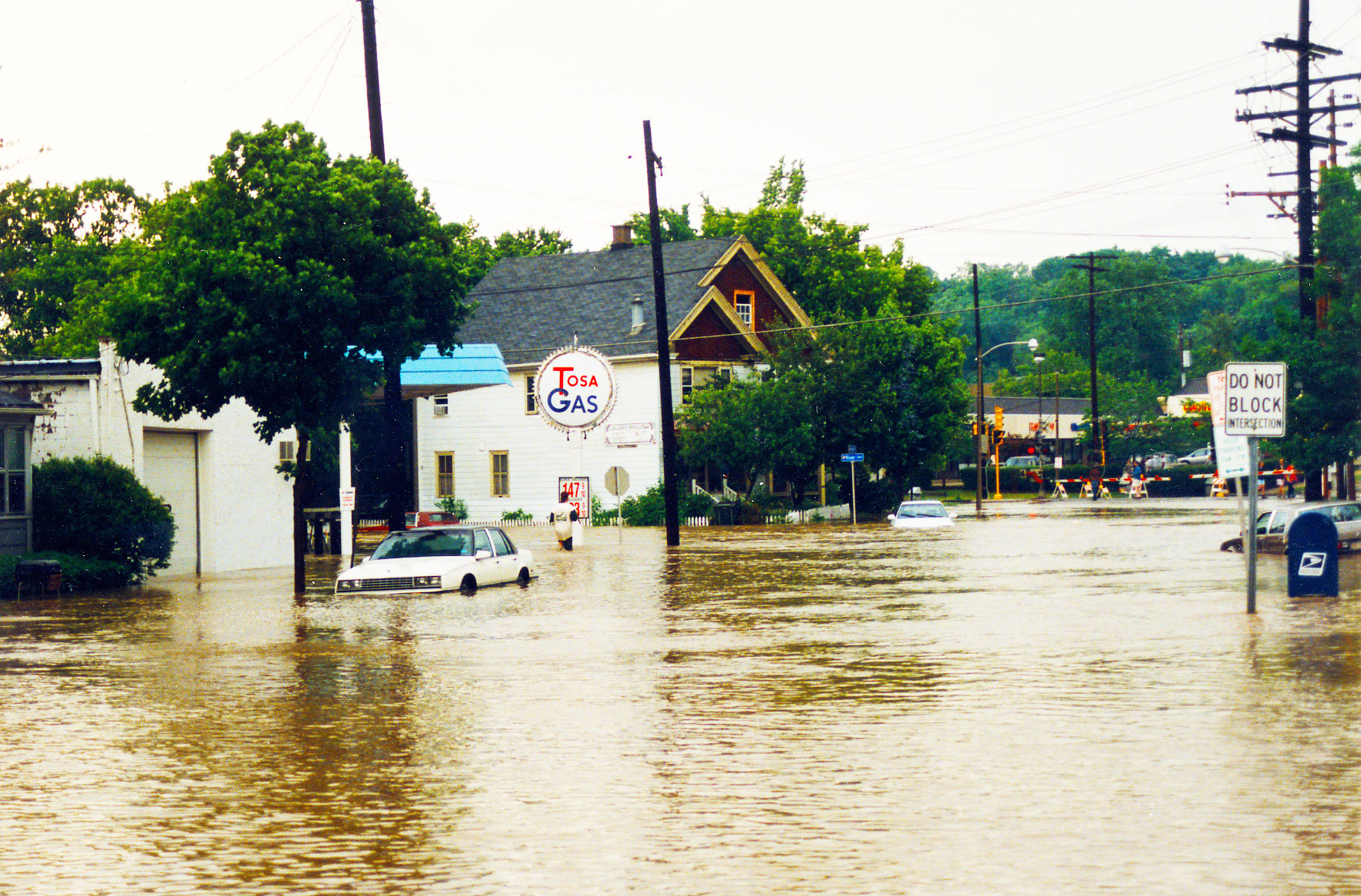 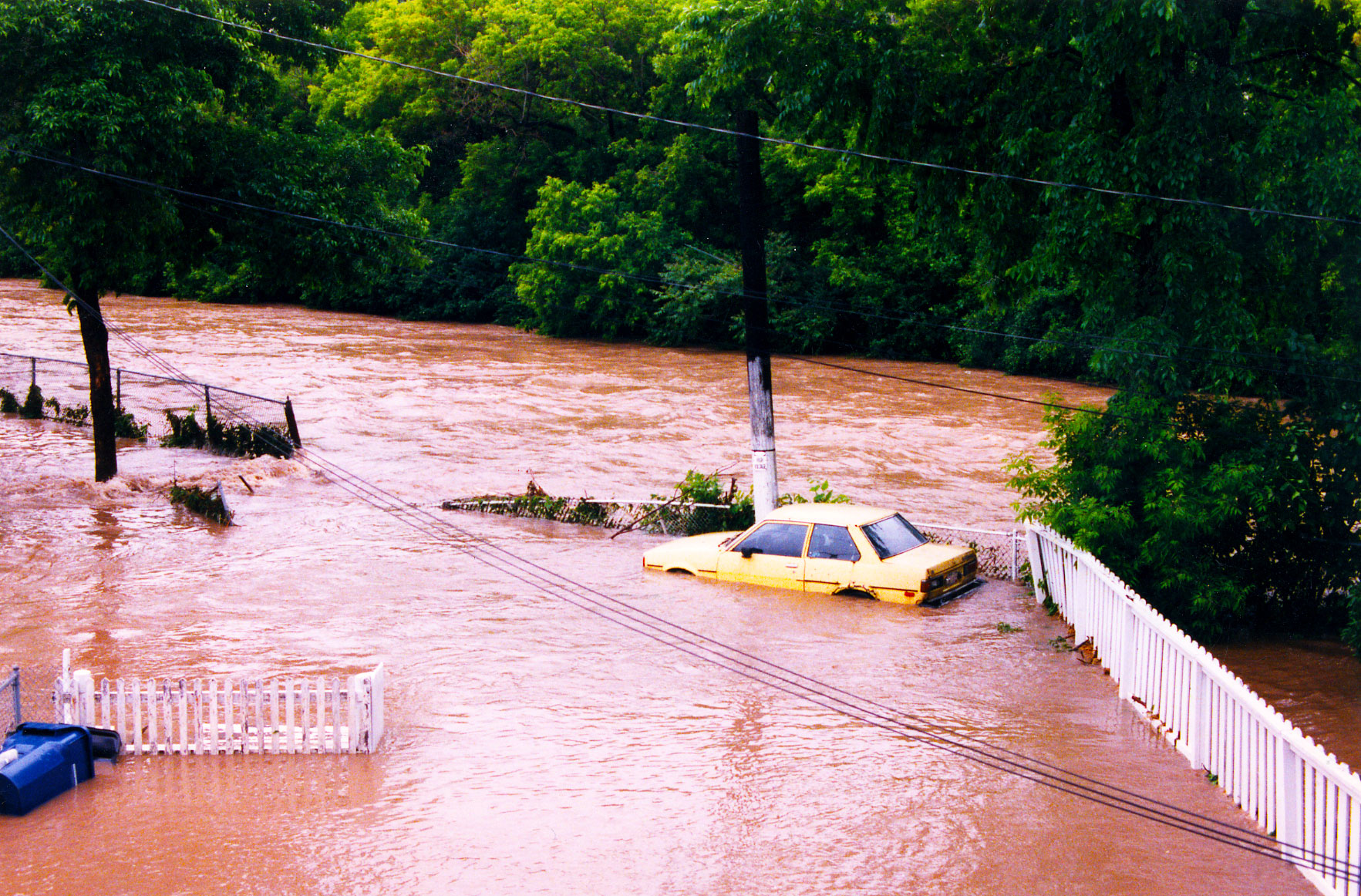 42nd St. and Clybourn in Milwaukee 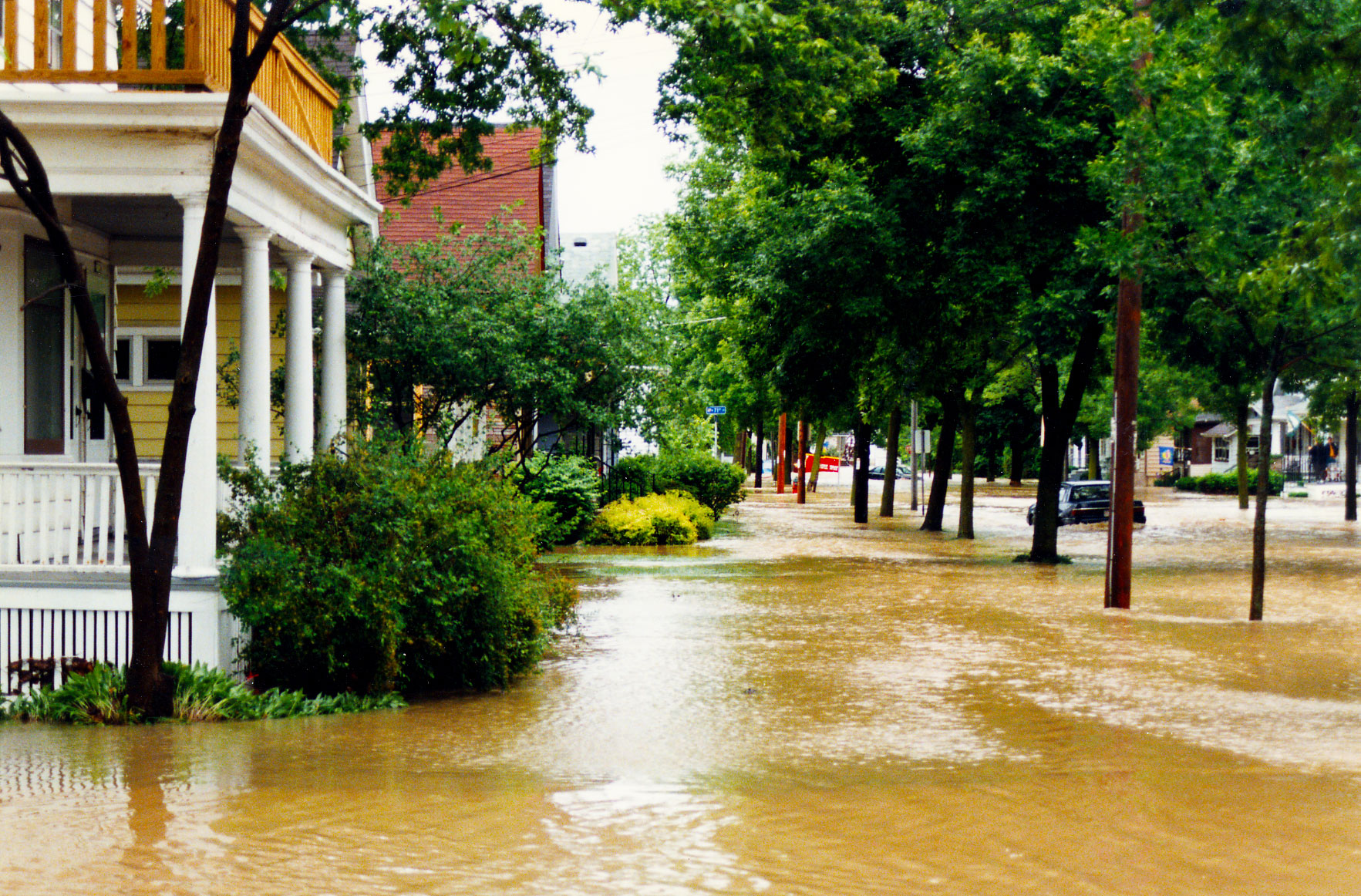 72nd and Chestnut in Wauwatosa 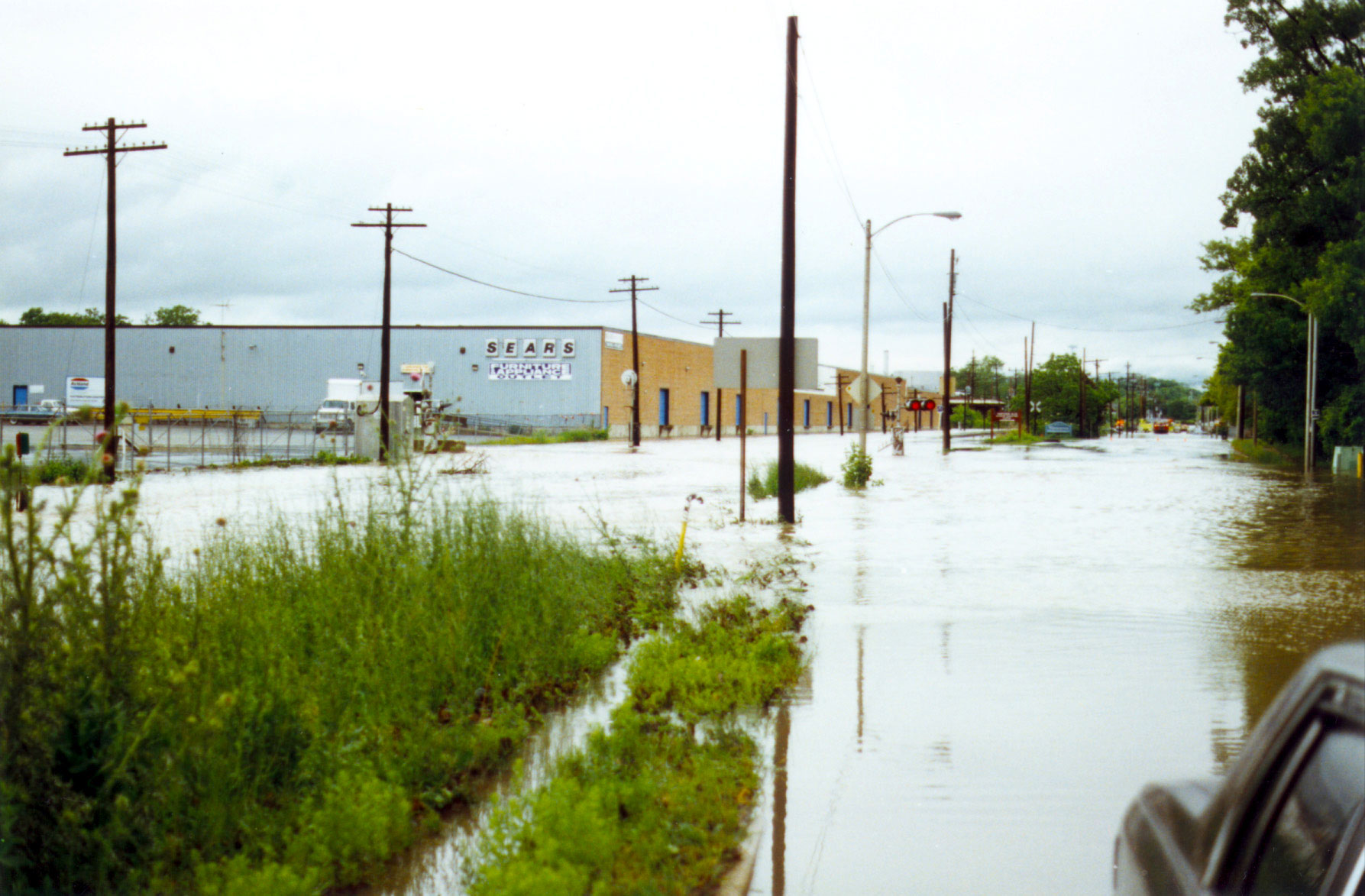 State Street on the Milwaukee and Wauwatosa Border