Pulaski Park is a beautiful urban 26-acre park, situated on Milwaukee’s South Side. It has always been an active destination but now the community has rediscovered an amazing treasure within the park, the Kinnickinnic River! Over the last two years, the Milwaukee Metropolitan Sewerage District (MMSD), in partnership with Milwaukee County Parks and others, removed over 1,700 feet of cracked and broken concrete river lining and restored the Kinnickinnic River to a natural stream in Pulaski Park.

This project is part of a larger effort by MMSD and its partners to reduce the risk of flooding, improve public safety by slowing down the river, improve the natural habitats within the river and along its banks for fish and wildlife, and refresh parts of the park to better support recreation and meet community needs.

Surrounding Pulaski Park is the Forest Home Hills and Lincoln Village neighborhoods which are home to over 18,000 residents living in just under two square miles. Once predominantly made up of a Polish population, today the majority of households are of Latinx origin. Many of the current neighbors are lifelong residents of the area.

Pulaski Park is one of the only green spaces in the area, serving a very diverse community with many different needs.  The park includes something for people of all ages and activity levels from active (basketball/futsal) to passive (walking paths).  The park also includes one of two indoor pools within the Milwaukee County Park system.

The Pulaski Park area, as well as the entire Kinnickinnic River Watershed, is highly urbanized. The dense number of streets, parking lots, and rooftops, prevent rain and melting snow from naturally being absorbed back into the soil. Unfortunately, during storm events, water flows quickly off these surfaces and overwhelms the river, which drastically increases the risk of flooding.  As development spread throughout the watershed, the frequency and magnitude of flooding increased for the communities downstream, such as the neighborhoods surrounding Pulaski Park.

In the 1960s, government officials thought the best way to protect the neighborhood and public health was to move the water through the river systems as fast as possible. To accomplish this, many sections of the Kinnickinnic River and its tributary streams, including in Pulaski Park, were “channelized” by lining the streams with concrete. The concrete channels were successful at quickly moving water through the system. Unfortunately, it also created safety, water quality, and downstream flooding problems.

The transformation of Pulaski Park has been a long time coming.  Since 2008, government, non-profit, and community partners have worked to create ideas of a new park space that would help reduce the risk of flooding and better serve the community.  Those ideas have now come to life thanks to partnerships with Milwaukee County Parks, the City of Milwaukee, and numerous additional partners.

Sixteenth Street Community Health Centers (SSCHC), a health provider on the south side recognizes the critical link between the health of the river and the health of the community and was essential in engaging the local community. The Kinnickinnic River Neighbors in Action (KKRNIA) is a grassroots community group that helped to connect residents to the project happening in their neighborhood. These groups helped provide opportunities for residents to learn about the project and share their voice during the project design.

This project proves that when neighbors, community organizations, and government work together we can make an investment that everyone values.

MMSD recognizes that engaging the community in collaborative decision making improves the connections between land, water and people. From the beginning neighbors provided input on what parts of the park they love, what they would like to see improved, and what they would like to see changed. Engaging the community early and often built trust, promoted accountability, and strengthened the commitment of all.

Throughout the projects’ design process neighbors were asked for feedback through newsletters, monthly neighborhood meetings, special events, and public meetings. Neighbors voted on the design and color of the new pedestrian bridge, the new types of playground equipment, and the types of sport courts.

Not only did the neighbors provide their input on the project, they were actively involved in caring for the park. Summer camp youth from the area created a Pulaski Park mural with the help of Melanie Ariens. On a regular basis the KKRNIA organized litter cleanups of the area. SSCHC hosted workshops and classes in the park for residents to learn about the plants and river.

Meaningful community engagement and partnerships led to a park that everyone cares for and enjoys.

The outcome is a park that the whole community can be proud of and love.

Part of A Larger Plan 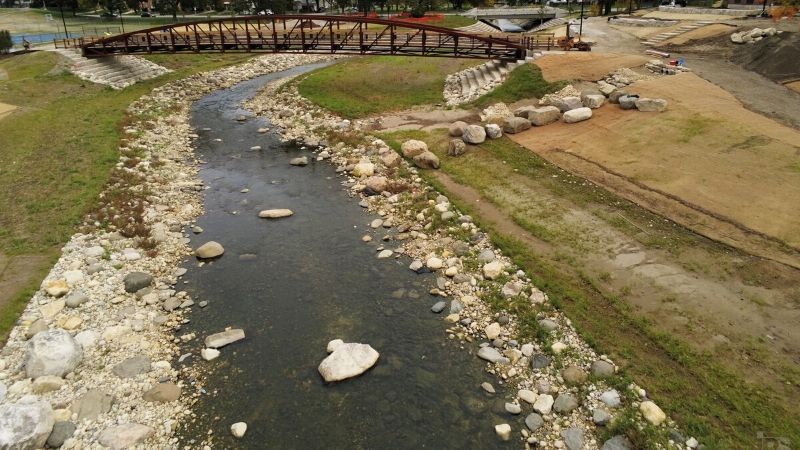 The Pulaski Park project is part of the larger Kinnickinnic River Watershed Flood Management Plan. The goals of this plan include:

Click here to see learn more about the Kinnickinnic River Watershed and other MMSD projects that are helping to accomplish this goal. 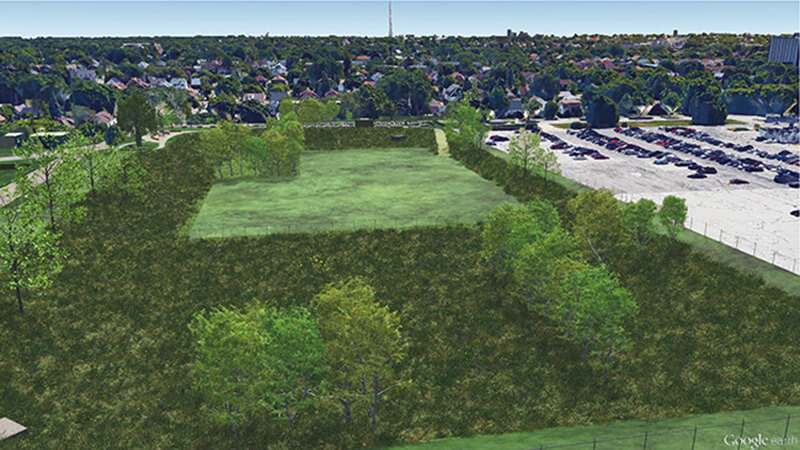 A flood management plan is underway to capture and store 40 million gallons of stormwater to reduce the risk of flooding when storms roll over the area. 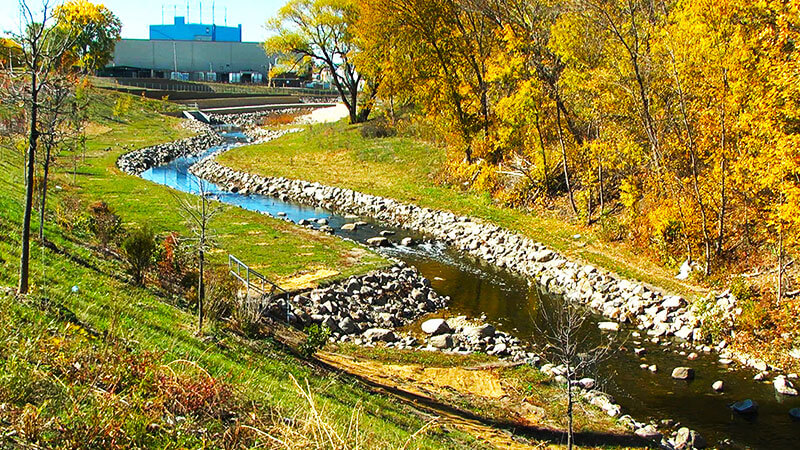 Learn more about the various solutions MMSD is working on to reduce flooding of the Kinnickinnic River. 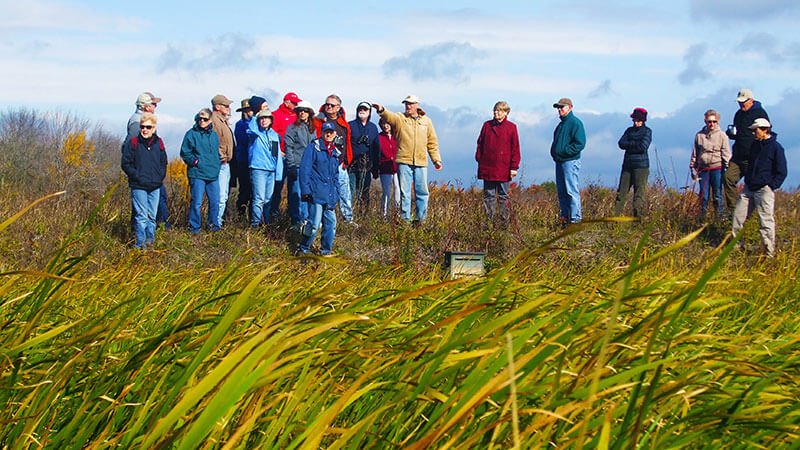