Serving as a national model for urban flood management, the $120 million Lincoln Creek Flood Management Project reduces the risk of flooding for more than 2,000 homes and businesses along a densely populated 9-mile-long creek in Milwaukee, Wisconsin. The waterway is substantially safer with improved water quality and habitat for fish, birds and other wildlife. 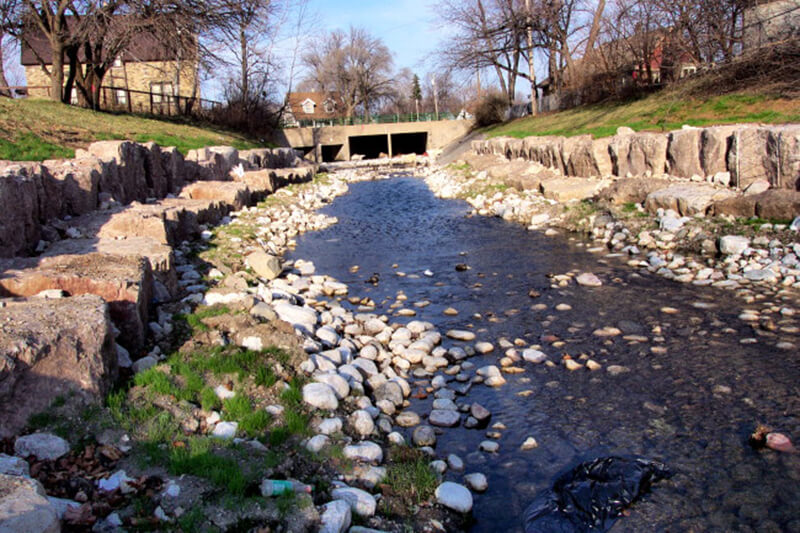 Lincoln Creek drains a 21-square-mile urban watershed, which is mostly located in the City of Milwaukee. Smaller portions are located in the Village of Brown Deer and the City of Glendale. Between 1960 and 1997, more than 4,000 separate flooding problems were reported along the creek. Correcting the problem required years of planning, 10 separate projects and the removal of more than 2.1 million cubic yards of earth. The final design resulted from input and suggestions from neighbors along the creek. A more open view along the creek provides improved security for residents and better access to an enhanced waterway. 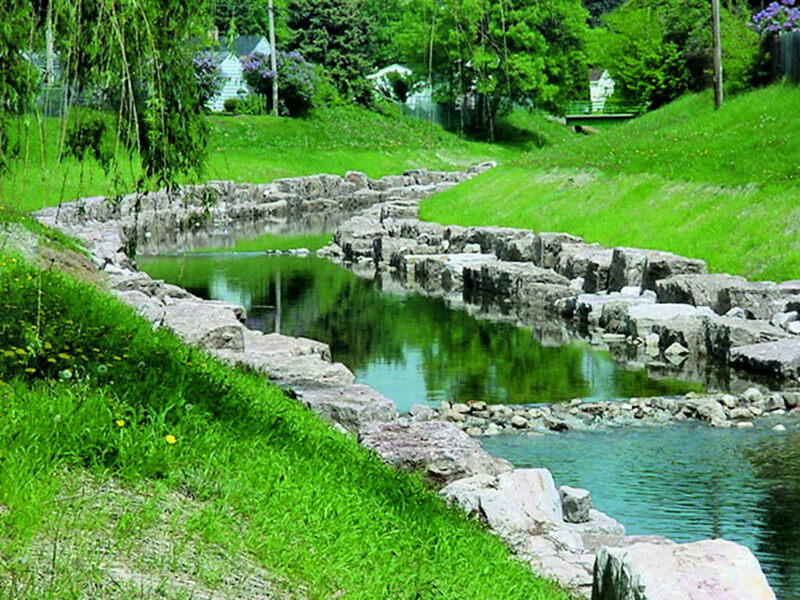 Construction began in late 1998. Where concrete once lined the creek, a more natural, meandering waterway now exists to keep the creek’s flow within its banks during heavy rainstorms. Widening and deepening the creek required the removal of thick brush and overgrown shrubs. To keep peak stormwater runoff flows from spilling over creek banks, designers created two detention basins capable of storing more than 80 million gallons of water during a storm. The basin sites include: Havenwoods State Forest, 29 million gallons; and Green Tree Detention Basin, 52 million gallons. Although the project’s main focus was to reduce the risk of flooding for homes and businesses from the 1% probability storm (commonly referred to as the 100-year storm), it also included measures to enhance the attractiveness of the corridor; improve water quality; restore, stabilize and protect eroding banks; and provide a suitable habitat for fish, birds and other wildlife. 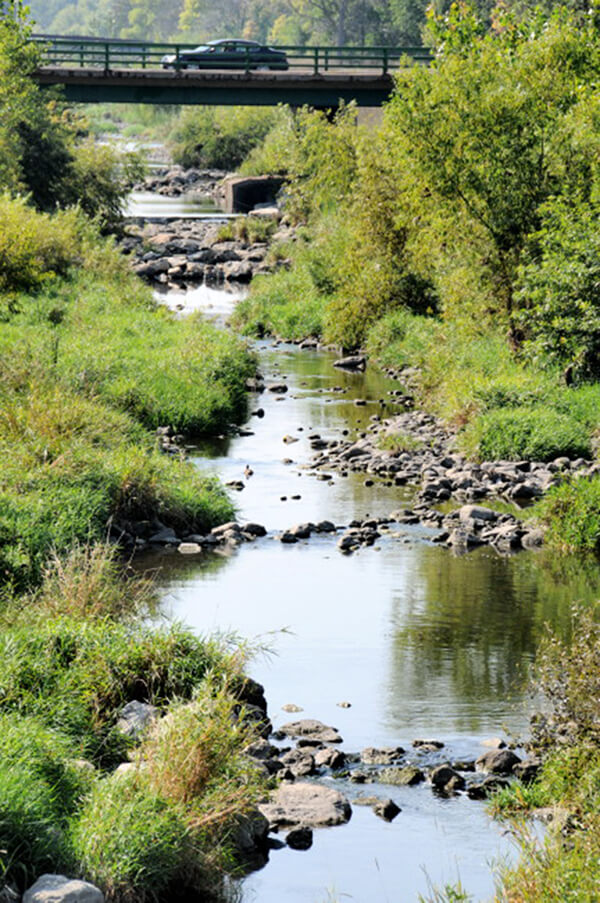