Four out of five lazy people with bad aim and a “Who cares?” attitude can take a lot of credit for a story that I read recently that really, really made my stomach turn.

According to the Washington Post, there will be more plastic than fish in our oceans by the year 2050.

Pathetic! Imagine the impact on the world’s economy, our food supply, natural environments, and quality of life. It is a very sobering scenario that I hope we can prevent.

Here in Milwaukee, we may think that this is a problem for others to solve, but it all starts at home. This story says that 21.8 million pounds of plastic flows into the Great Lakes every year. Lake Michigan alone receives 100 Olympic-sized pools full of plastic bottles every year.

We use several approaches in Milwaukee to try to protect Lake Michigan. Our first guardian against plastic pollution is the Deep Tunnel, which annually collects plastic debris that MMSD must hoist out and send to a landfill. This 2012 picture shows the plastic bottles, bags, and other plastics that the Tunnel captured. 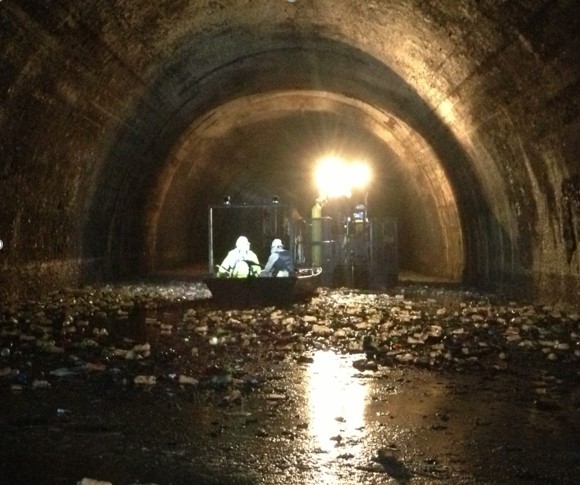 The District also utilizes the Lynyrd Skimmer to remove trash from the rivers. MMSD and the City of Milwaukee remove floating trash throughout the summer and dispose it at a landfill. 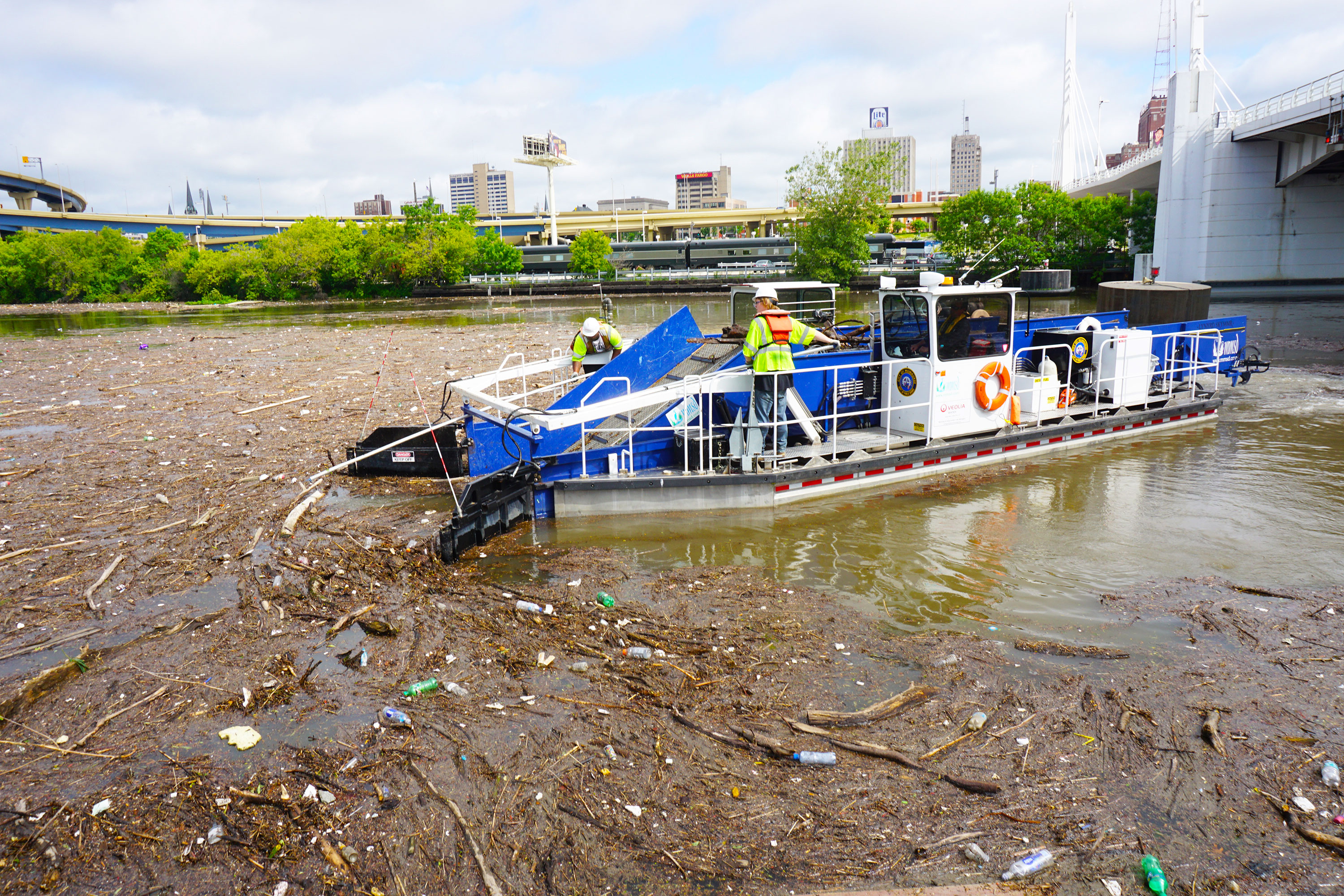 Both these efforts use tax dollars to protect Lake Michigan, but, as these articles state, there is much more plastic debris that slips by these efforts. We all share some responsibility for this problem. I don’t think that public shaming with pictures of litter bugs would work all that well. What I know is that it is much cheaper to use less plastic and to recycle it than it is to remove from our rivers, lakes, and oceans.