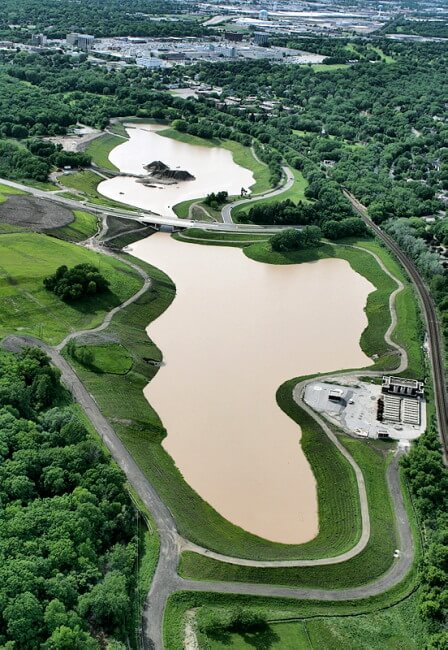 Nature meets recreation and reduced flood risks at the Milwaukee County Grounds. This $90 million project captures and stores potential floodwater in one large basin that covers about 65 acres and holds 315 million gallons of water. An underground tunnel that’s 17 feet in diameter and a half mile long channels excess water from Underwood Creek into the basin. From there it will slowly release into the Menomonee River. During extreme storms, the basin could fill in about four hours. If completely filled, it can take four days to drain into the river. 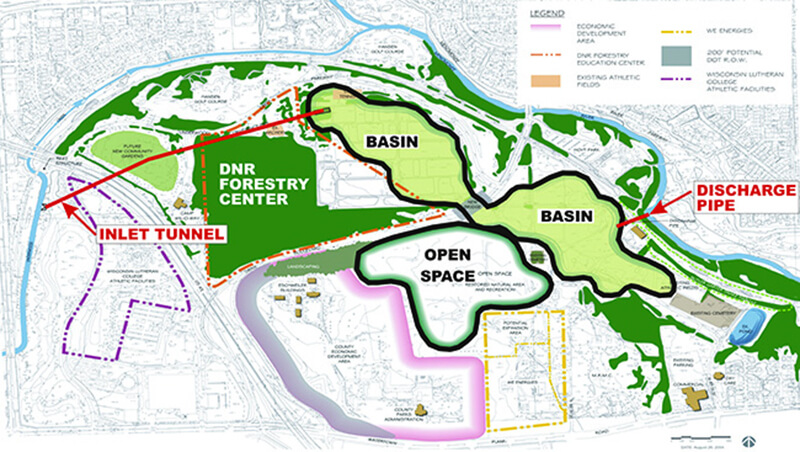 As with nearly all MMSD flood management projects, the County Grounds basin is designed to protect against the one-percent probability flood, commonly called the 100 year flood. It’s estimated that it would take 4.7 inches of rain over six hours in the Underwood Creek subwatershed to create a one-percent probability flood event. A 2.1 mile long trail extends around the basin for biking, walking and running. Deer, birds and other wildlife thrive on the property that sits next to a 66 acre forest. 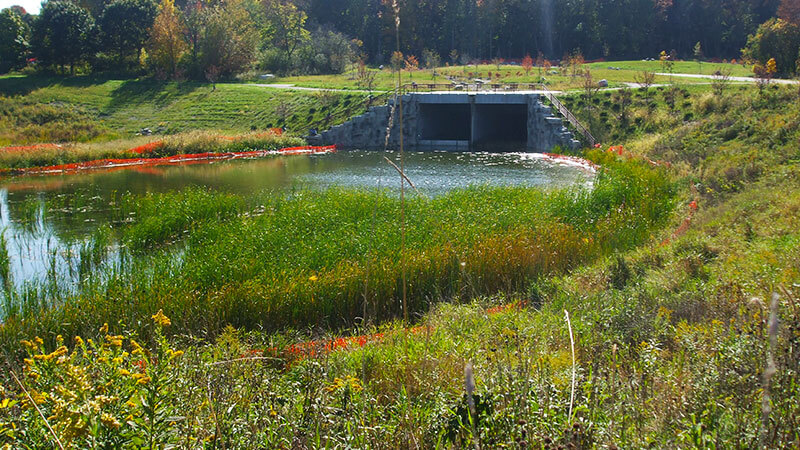 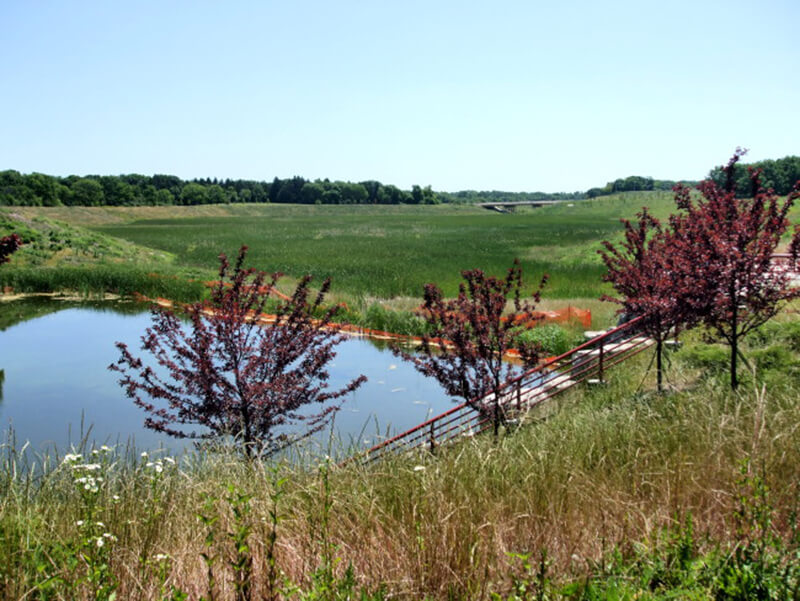 Looking east towards Swan Boulevard from the inlet

To make Underwood Creek safer for the public and friendlier for fish and aquatic life, MMSD removed nearly one mile of concrete from the creek channel from Mayfair Road to the Menomonee River at Hansen Golf Course. We also rehabilitated the creek to restore a more natural flow pattern of pools and riffles. The pools provide deeper and cooler water that help fish and aquatic life survive.