A local source of renewable energy, landfill gas, is being recycled into power at the Jones Island Water Reclamation Facility, helping MMSD customers save millions of dollars on conservation energy sources.

“Cleaning wastewater requires a tremendous amount of energy, especially when it rains,” said Kevin Shafer, MMSD Executive Director. “This project created jobs, is good for our customer’s wallets, and for the environment, reducing air pollution from traditional energy sources.”

Prior to the Landfill Gas Project, energy costs made up a significant portion, 15% to 20%, of the District’s operation and maintenance budget.

By converting landfill gas into energy, the District will be able to produce the majority of energy needed at Jones Island during dry weather. Heavier demand periods during wet weather will still require supplementing landfill gas energy production with outside sources of power.

A 19-mile-long pipeline transports landfill gas from the Emerald Park Landfill in Muskego, Wisconsin to MMSD’s Jones Island Water Reclamation Facility in Milwaukee. For most of the route, some 13.7 miles, crews installed a new pipeline underground. It connects to an existing 5.3-mile-long pipeline that was previously used for conveying petroleum products.

The green power pipeline will move landfill gas to Jones Island with a pressure under 100 pounds per square inch (PSI). By comparison, tires for on-road bicycles are inflated to 95-135 PSI. Gas grill tanks hold propane at a range of 60 to 120 PSI. 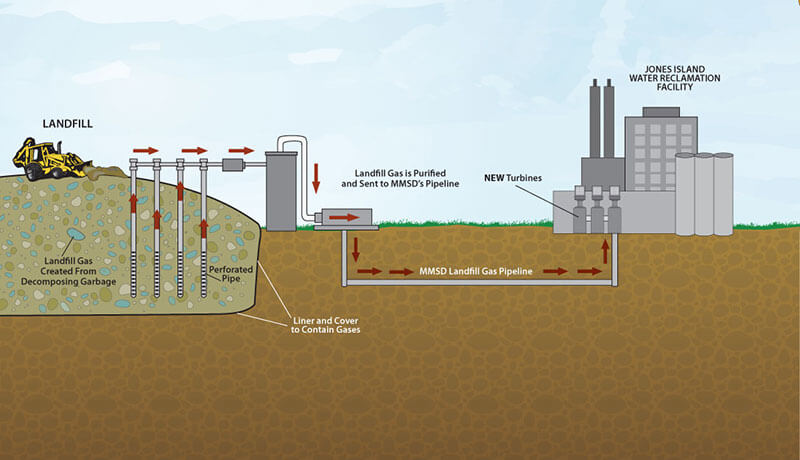 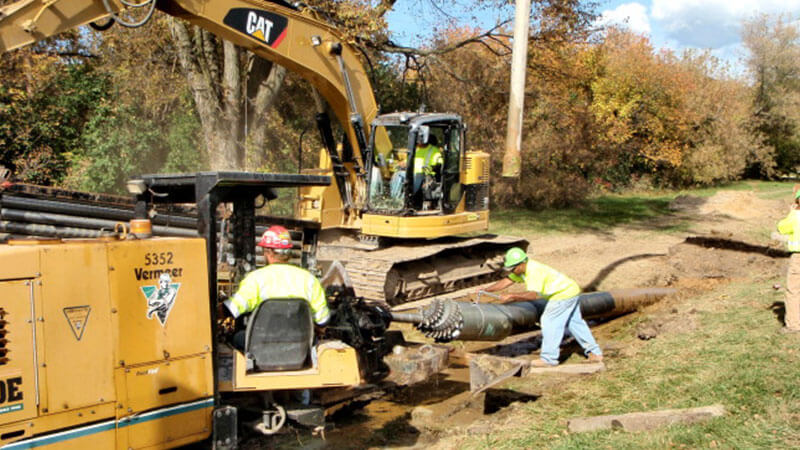 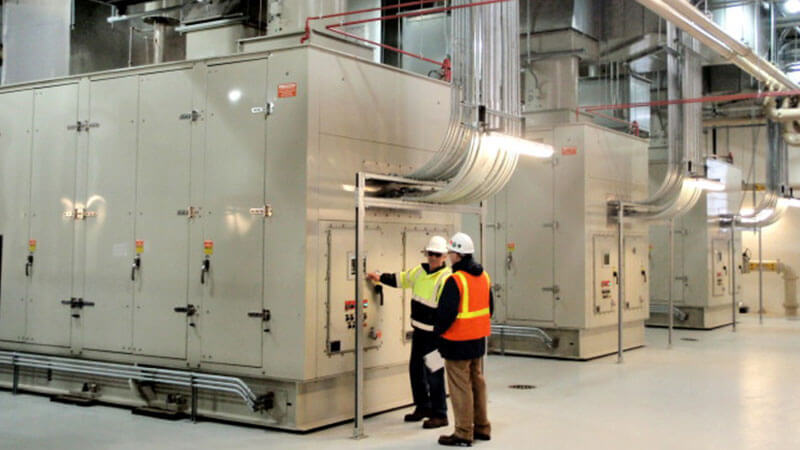